There are various Peggle Deluxe cheats that can be followed to have better gaming experience. In the completion bonus, for instance, the ball drops into one of the five bonus slots after a level is completed. The points provided by these slots often include 10,000, 50,000 and 100,000 points.

In order to get the maximum award, it is advisable to clear all the pegs in a certain level. Other bonuses include the Cool Clear bonus and the 10,000 points bonus for unused balls which are combined in the Fever Bonus to increase the score of the player in a specific level. The tip here is to save a green peg for the final shot to boost the score in the Fever Bonus.

When the ball is fired into the part where there are many orange pegs, the ball bounces out. In order to hit more pegs, fire the ball into the populated section. This will decrease the speed of the ball, allowing it to bounce at a better angle and get more pegs.

Players may find it frustrating to look for the right moment to fire the shot. To solve this, right-click the mouse so that time will speed up. It will now be easier to fire shots and get more pegs. During gameplay, try typing the word ‘Scott’ to finish the level faster. This trick allows the player to fast forward his shots. On the earlier part of every level, target the orange pegs on the upper part so that more pegs can be hit. The higher the ball is fired, the more that gravity will help in hitting the pegs.

Using Warren as a Master

Playing as Warren and using the Lucky Spin allows the player to have the Magic Hat power-up. This feature puts a top hat on the ball. To see this effect, type “Steve” during gameplay.

The player has to unlock Master Hu in order to get all the pegs in every level. After completing the Adventure Mode, proceed to Quick Play Mode and play any level for the second time. Try to get as many pegs as possible but save the Zen Ball power-ups for the trick shots. When using the Zen Ball power-ups, target the purple peg to get more points. This will also allow the player to have one or two more balls.

Knowing how to play Peggle Deluxe is not enough. Having knowledge on some Peggle Deluxe cheats will definitely give the player better time with Peggle Deluxe. As I’m sure you know, Peggle Deluxe is the continuation on the popular saga which includes the Peggle slots online game available for free and real money play.

Clear the blue ones first

If you have already played Peggle, you know you the objective of the game is to clear all Orange pegs while achieving the highest score possible. Both blue and orange pegs are worth points, the problem is that quite often you’ll have blue pegs blocking a good shot to an orange peg, so it’s recommended that you clear away the way (blue pegs) first to get a clear shot at the juicy orange pegs.

While finishing each level with balls still remaining in the Ball-O-Tron does have its advantages, finishing the level while clearing ALL pegs will see you get Ultra Extreme Fever. So clear all pegs in each game whenever possible.

Bounce of the wall

Depending on each level’s layout many times you simply won’t be able to hit that orange peg you’re missing. No matter how you plan your shots, there are times when the only way out will be to aim for the wall and calculate how the ball will bounce.

Bouncing the ball off the wall is sometimes your only choice but as you progress and get better at the game, doing this will also be much more fun, yield higher scores and impress your friends shooting like a pro. Bouncing off the walls yields impressive results and lots of action even when playing the online slot version.

One of the things I like about Peggle is the animations and watching the ball bounce from one peg to another, to the wall and back. But as you play more and more, you may want to speed things up and this is where the Fast-Forward button comes into play.

Hold this button to speed up through the play without having to watch the entire show. It may seem like it’s not related to how to play Peggle HD but it’s actually helpful when you’re waiting to a specific shot.

Ok, let me explain before you jump to any conclusions. There are times when you have enough balls left in the chamber. When this happens, it may just be easier to spend a shot clearing a blue peg that’s blocking your way rather than trying a crazy bank shot.

Hone your skills – Learning how to play Peggle takes time and practice but it also involves taking chances with your balls. If you have enough balls left, you can use them to try some crazy shots to hone your Peggle skills and get “Style Points” to score higher.

Most of the time this will be quite easy to achieve because the fireball burns through all pegs, so unless you’re aiming for a crazy shot, hitting the Free Ball Bucket will be a straight-forward shot.

Did you know that the value of pegs increases as the number of orange pegs decreases? If you look at the Fevermeter on the left, you will see the current point multiplier, so to get a higher multiplier try clearing as many orange pegs as possible early in the game.

Simulated gravity and physics are fundamental when playing Peggle, so it makes sense to use them for your advantage. One way to do this is to aim for the highest pegs in each level (unless common senses indicate otherwise) since you might hit the lower pegs as the ball makes its way down.

If you look carefully at the Peggle game layout, the Ball-O-Tron (the balls’ chamber) is also a Scroll that can be used to aim your shot. The other way to aim is to simply touch the screen and move your finger left or right to aim. Aiming using the Scroll is something very useful because your finger is not blocking your view in the game and therefore can aim more precisely.

Peggle HD is a fun, entertaining and straight-forward game but as you’ve seen in this How to Play Peggle Guide, there are ways in which you can effectively increase your overall score, improve your skills and have more fun with each shot. Download Peggle HD now and start enjoying hours of crazy shots, epic wins and mind-blowing scores.

Let me just say that this Peggle Deluxe Cheats sheet guide applies to the game you can download on your iOS, PC or Mac computer and should not be confused with a How to Play Peggle slots guide which is quite different. If you would like to know more about how to play Peggle the slot game, I recommend that you visit our full review on Peggle Slot.

That being said, let’s dive into our Peggle HD game guide and tips and trick we have for you to work around obstacles, score higher points and make your game more enjoyable and even epic. 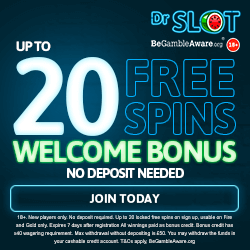